The third step in the project design process is to create a project in MicroStrategy Architect. Before you learn how to create a project, you need to understand the basic tasks involved in project creation, including the following:

The first that you need to perform is to configure the metadata for to build your required objects for the reporting needs.

You create a MicroStrategy project inside a metadata that stores all of its information. You can store any number of projects within the same metadata.

When you are ready to create a project in MicroStrategy Architect, you may have an existing metadata in which you want to create the project. If not, before you can begin to build the project, you have to configure the project metadata.

The metadata is a relational database with a predefined structure that consists of 23 empty tables known as the metadata shell. As you create a project and continue to add to it, you populate these tables with information. 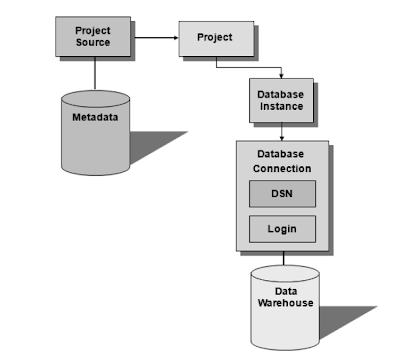 The project creation assistant for reference : ( will explain about this process shortly ) 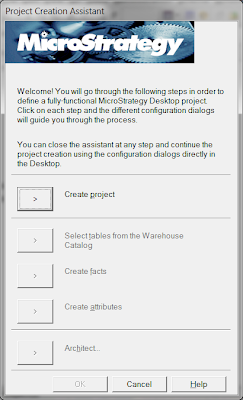 When you make any changes to schema objects—adding, modifying, or deleting them—you have to update the project schema. This update indicates to MicroStrategy Architect that the definitions of schema objects have changed and need to be loaded into memory.

Will explain about the each of the above mentioned process in detail in the coming sessions!!

Have a Good Day!!