The project source and database instance provide connectivity to the metadata and data warehouse for a project. The project itself is the configuration object in which you define all the schema and application objects that comprise the reporting environment. The following illustration shows how project connectivity works: 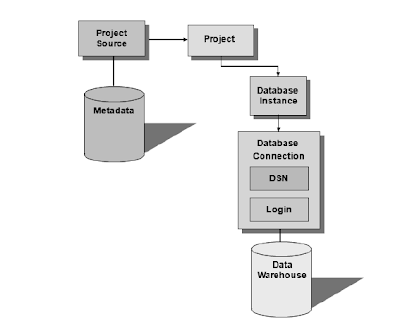